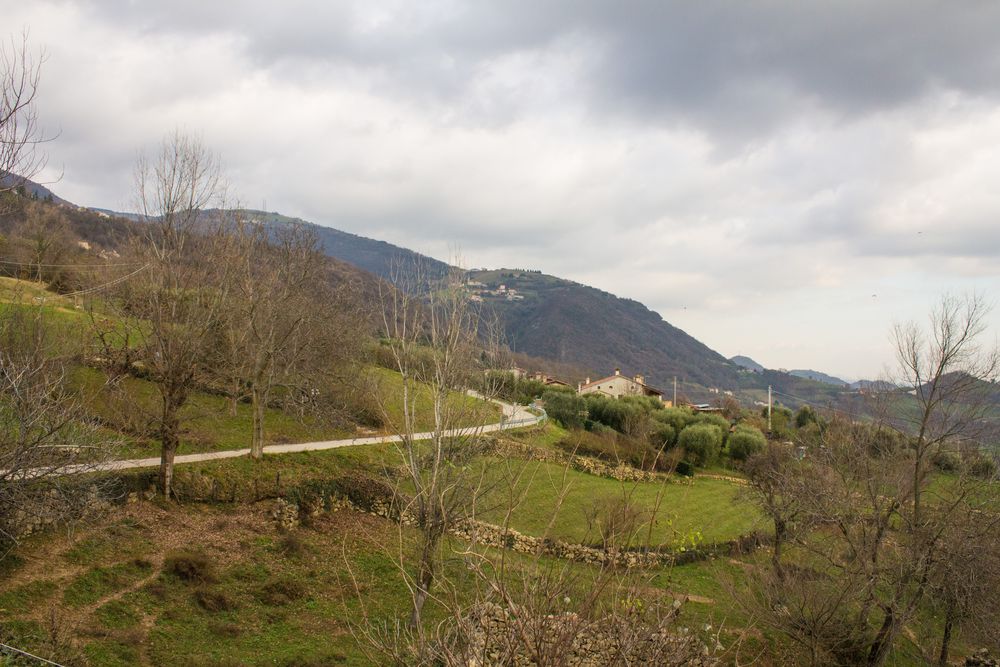 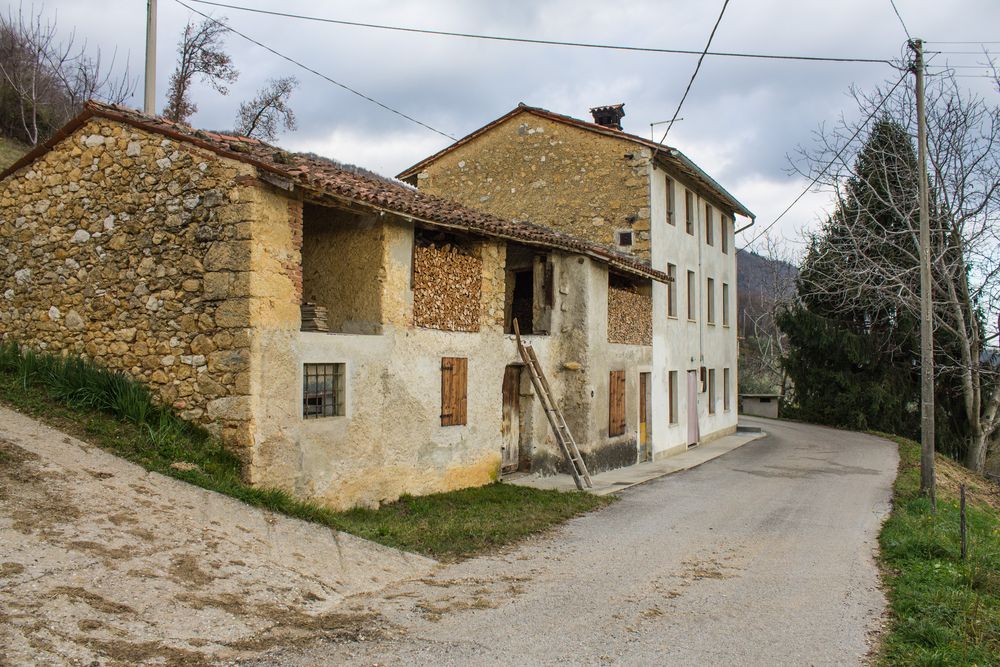 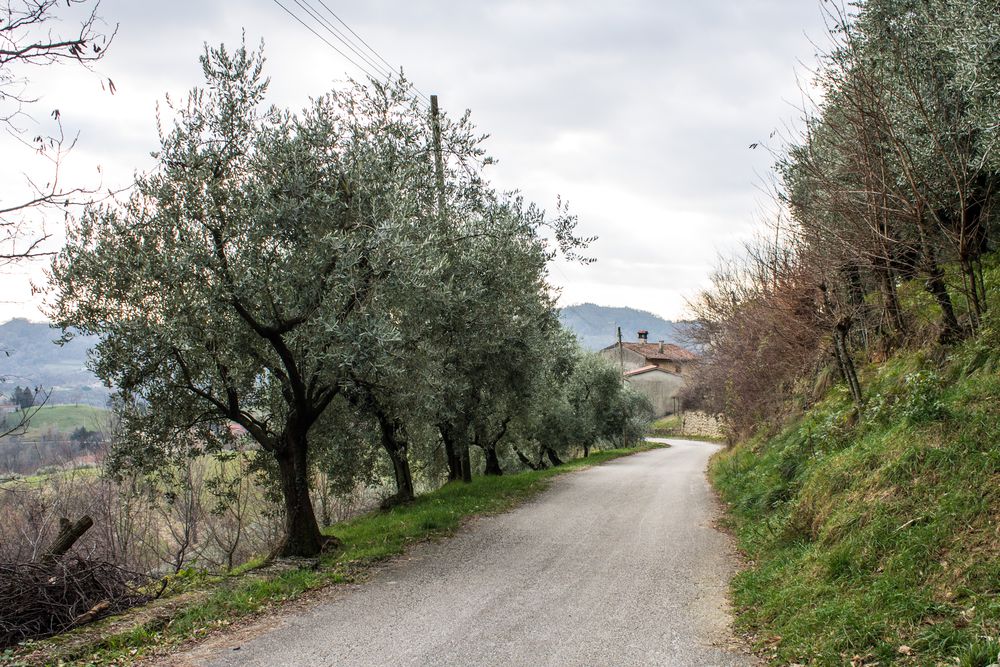 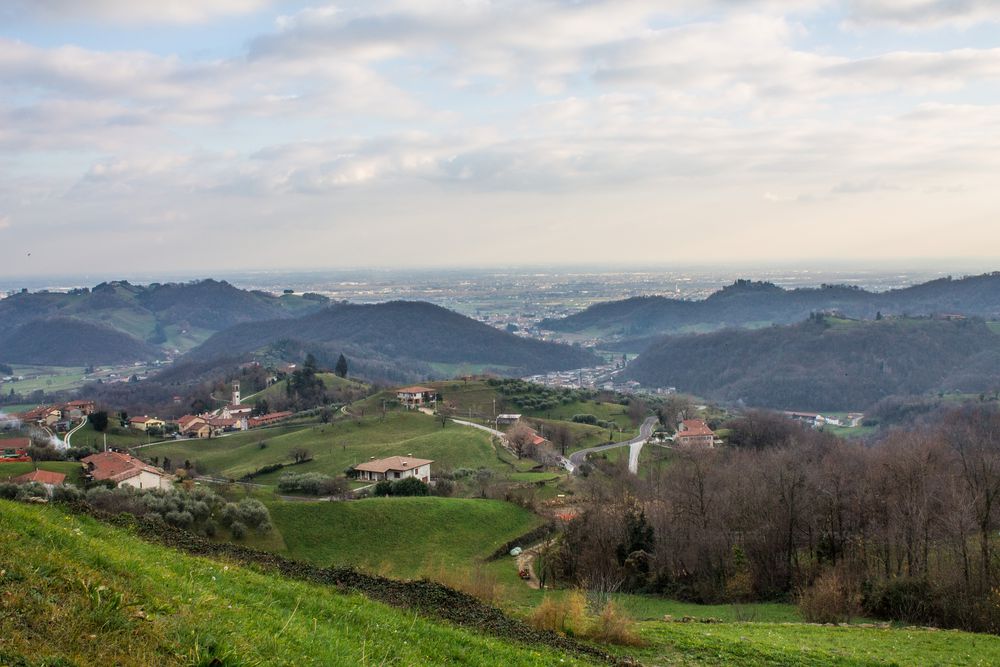 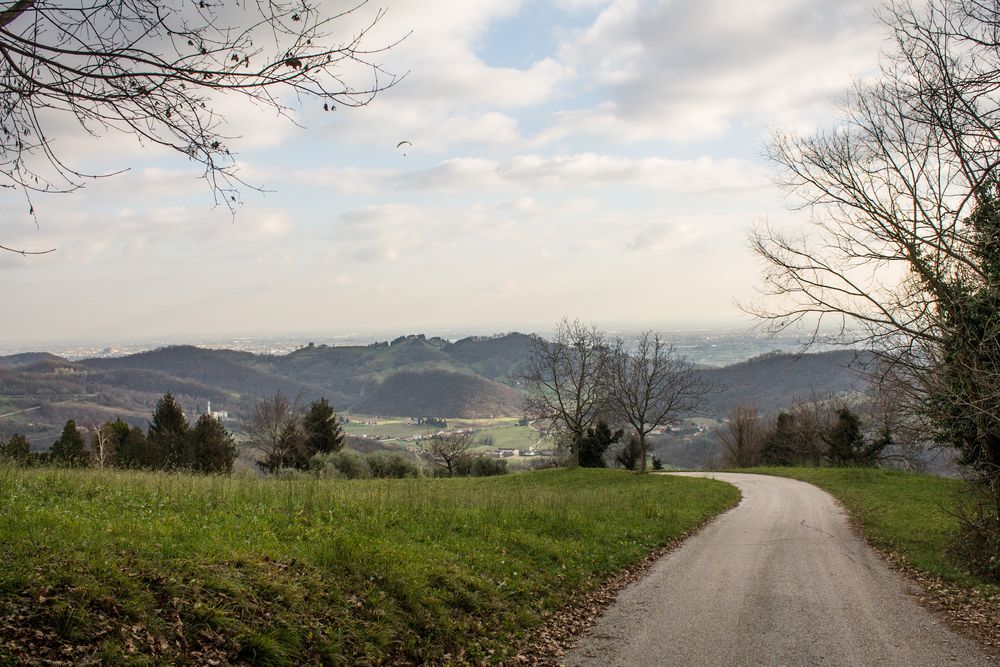 A route with enchanting views, embellished by ancient masiere, i.e. dry-stone walls that used to fence patches of land made of rough soil where farming was a very hard job, whose harmonious coexistence with the local territory is quite amazing. There is a wide range of crops, but olive trees now stand out.

Prior authorization by the inhabitants, visitors can leave their car in front of number 1 in via Busabionda. If no authorization is granted, the road tends to widen a little further ahead creating a parking area before the signs indicating the Sentiero del Sette path. From here, walk along an almost flat path heading north-east and cross the district formed by scattered houses. Shortly after the houses the hillside turns left: there is a beautiful view from this position over the picturesque dry-stone walls, masiere, usefully built by the ancient inhabitants of this area to be able to use, at the time and still now, the tillable soil at best, which reduces the farmers' efforts (these walls practically are ordered piles of stones that the farmers removed from the meadows). The area is characterized by very frequent cultivations of olive trees. The small valley crossed by the road in this stretch of the route is Val dei Corvi. Walk ahead on level ground and pass by another group of houses on the road until Val dei Zucchetti and Case Bertacco. Continue along a wide bend left onto via Campi in a steep climb. The hamlet of Pradipaldo, beyond the valley towards the north-east, is easy to see from this position. At the end of the climb, near Val dei Zucchetti, the rest of the road is almost completely flat. The first building on the right is the eighteenth-century Church of San Giovanni Battista, built in 1708. A small, elegant sail-shaped bell tower adorns the upper part of the façade. The interior, with a trussed ceiling, has an altar frontal with a peculiar naturalistic decoration made of scagliola. Contrà Campi extends along the street bearing the same name and, in part, higher up. The presence of some new buildings confirms that people are not willing to abandon the hill, despite the objective difficulties of living far from the city. As is clear, the soil is very well cultivated, especially with grass and other cultivations (there are also fruit trees and some vegetable gardens). The journey continues and, after a row of old houses, access is gained into Val del Molin, which is the continuation of Val dei Corvi towards the north and then descends from the steep slope of Tortima (Frazione di Conco, on the edge of the Altopiano dei Sette Comuni, lit. the Plateau of the Seven Municipalities). Right after the bend that crosses the little valley, proceed south-west and enjoy the beautiful surrounding landscapes. At the end of via Campi the road starts declining slightly and the nearby provincial road is visible. The time has come to go back following the same route and enjoying the wide views once again.