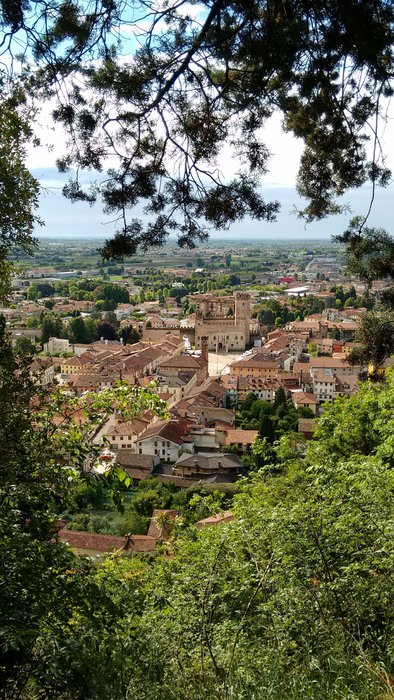 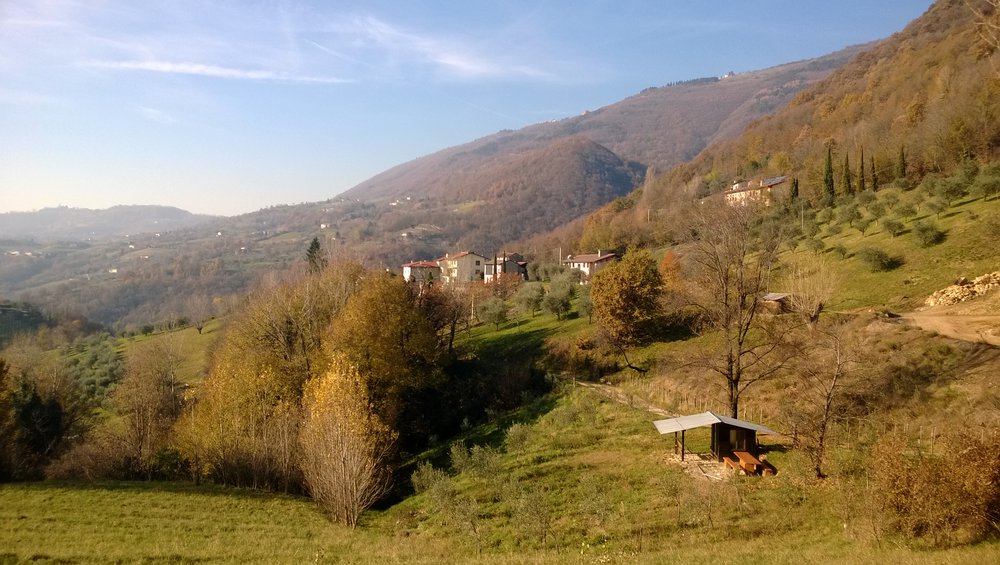 Marostica has many of the representative features of Veneto: a territory divided between the mountains and the plain, full of history and naturalistic landscapes. The hills that form the backdrop to the plain prepare the way up to the Asiago Plateau, almost 1000 meters above sea level.
The old town centre, with its famous square characterized by a life-size chessboard, its castles, and its still intact surrounding walls that can now be reached through the chemin de rondes, is reminiscent of other great Veneto cities. Inside the walls there are picturesque areas, such as the Scalinata Carmini, via Rialto, via Calesello, via Sant'Antonio and the charming promenade leading to the Castello Superiore (Upper Castle).
Even though the origins of the city are lost in the mists of time, Marostica had always been a transit point for populations and armies who moved from east to west in search of new lands to colonize or conquer.
Given its geographical position at the foot of the Asiago Plateau, the town also served as a crossroads for routes and trade between the pre-Alpine area and the plain. It was the Scaligeri family that had the greatest influence on the current monumental aspect of Marostica, with the construction of the two castles and the surrounding walls that began in 1312. When Vicenza came under the rule of the Republic of Venice in 1404, Marostica also benefited from the administrative, political and cultural influence of the Serenissima, still proudly witnessed today by the column topped by a Winged Lion in Piazza Castello.
The town’s geographical position guarantees agricultural farming that softens the landscape (cherry and olive trees first and foremost), but there are still many uncontaminated stretches to be covered on foot or by mountain bike, where warm hospitality can be found in our trattorias, restaurants, farmhouses, hotels or shops.
Next to Marostica, situated in a beautiful position in the foothills of the Asiago Plateau between the Astico and Brenta rivers, lies the municipality of Pianezze, which extends partly over the hills and partly over the plain. A route shows visitors the gentle hills, which become a spectacle of nature when the cherry trees bloom in April. From mid-May their white flowers are replaced by red cherries, which are displayed in the numerous kiosks along the streets and at the traditional Cherry Festivals held in Pianezze and Marostica.

MAROSTICA IN THE VENETO FOOTHILLS

Marostica is located in the middle of the foothills that are the heart of Veneto. It is an area characterized by enchanting landscapes, beautiful historical villages and famous Venetian Villas that were chosen by the nobles of the past to relax in and enjoy country life, proof of the love they had for this territory.
Holidaying in the heart of Veneto is a unique experience.
From Marostica it is easy to continue to Bassano del Grappa and from there to the Treviso area, with Asolo and Monte Grappa, Montebelluna and Montello, Valdobbiadene up to Vittorio Veneto and the left bank of the Piave river.
This area is perfect for relaxing and immersing yourself in the historical and natural landscapes. It offers plenty of diversions: walking, bike trails, horseback riding or, if you are more daring, paragliding (there is a landing field in Marostica with a drop zone from Rubbio).
Marostica, like a large part of the Veneto region, was involved in the fighting during World War I, indeed the area behind the town still preserves indelible signs and evidence of it.
It is a land of flavours with many local products, and a digression in the shape of the Breganze wine route is highly recommended.