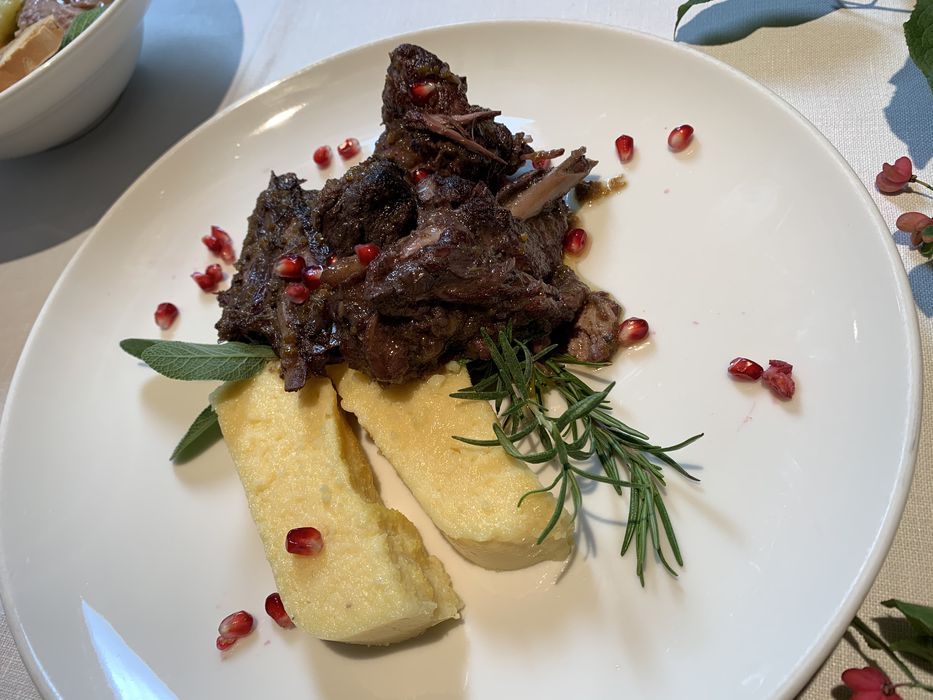 The tradition of goose-based dishes in Veneto is associated with the Festa di San Martino festival which started being celebrated on 11th November as soon as it became one of the Christian holidays. This festivity also marked the end of the farming season and it was a symbol of change and renewal, a sort of New Year's Eve for peasants.
Geese and pigs represented a reserve of fats and proteins, which were useful to the farmers during the winter time together with legumes and cereals, in addition to being used for the preservation of many types of food.
During the Festa di San Simeone festival, which is celebrated at the end of October, restaurant owners in the Marostica territory offer oca in onto (lit. goose preserved in fat), the typical Venetian dish of the autumn months, cooked on a large spit placed in Piazza degli Scacchi square, accompanied by Marzemino wine and other traditional dishes.
From November to February many local restaurants which have joined the initiative present the valuable goose meat cooked in various combinations.