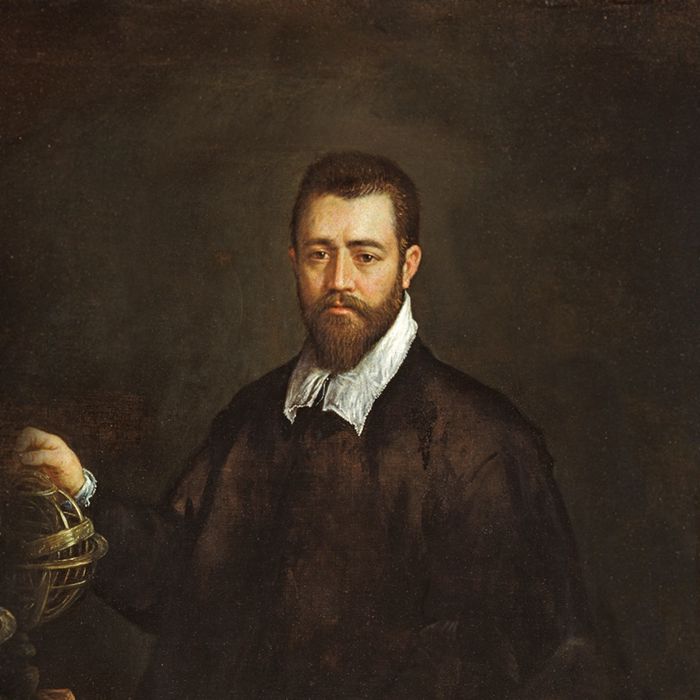 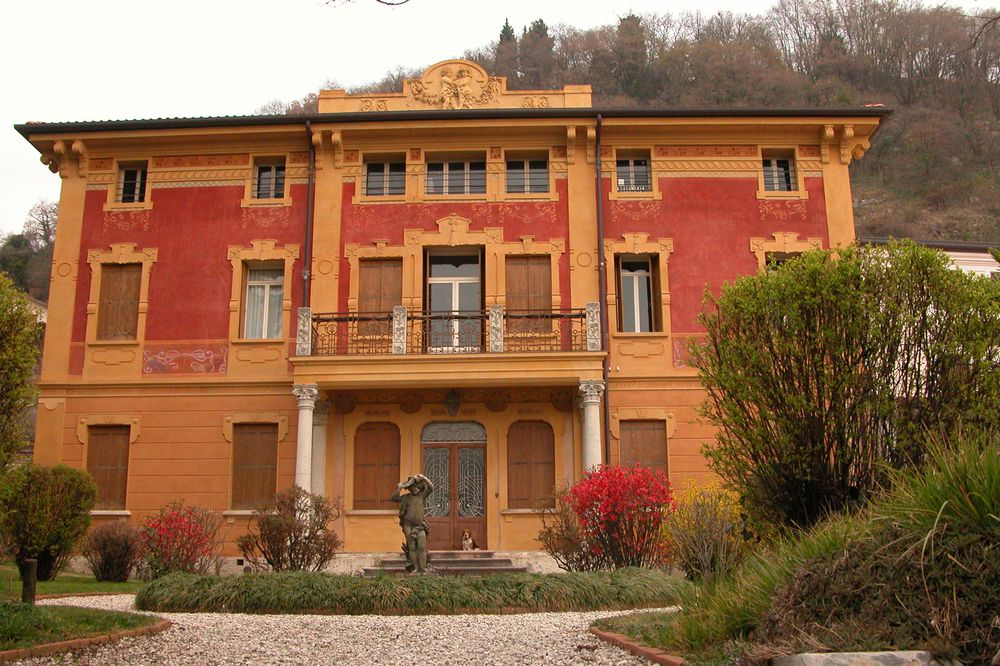 Prospero Alpini, a physician, traveler and botanist, honored his home town with his ingenuity and his medical and pharmaceutical knowledge.
His house can still be seen in Via Prospero Alpino n. (a commemorative plaque has been affixed on the walls in his memory), with its unaltered original structure, in the ancient borough from which the city originated and where the first hospital of Marostica was located and run by the Augustinian nuns. This is the place where Alpini's father, Francesco, an esteemed professional who worked with the most important scientific personalities of the Republic of Venice, was a medical practitioner.
The nearby Church of St. Maria Assunta preserves a valuable marble relief from the school of Sansovino which depicts the Madonna and the Child, an ex-voto donation by Prospero Alpini on his return from his trip to Egypt. The ancient Convent of the Augustinian nuns is no longer in place and only traces of the church remain, which have been converted into a professional firm in more recent times.
Prospero Alpini's personality and work inspire a particular fascination: his curiosity, his spirit of adventure, his spasmodic desire to know, his ability to learn from each and every situation, even the most adverse situations. The story of his botanical explorations on the island of Crete during his troubled journey to Egypt on the ship Peccatora is quite exemplary.
He perfectly embodied what Professor Giuseppe Ongaro, his biographer, termed "Ulysses' spirit", in other words the spirit of research ignited in the men of the Renaissance by geographical discoveries and the new horizons they had opened up.
Alpini always showed an affectionate attachment to his hometown, honoring himself with the nickname "marosticense" (i.e. coming from Marostica). His coat of arms as a student in Padua bears clear witness of the coat of arms of his hometown. His father, Francesco Alpini, practiced medicine in Marostica where he enjoyed a large local fame and considerable success. His illustrious son always spoke of him with great affection and admiration. He must have been quite well-known at his time, as shown by his acquaintances that included the particularly influential figure of Antonio Morosini. Francesco Alpini deserves the double merit of influencing his son with his example to such extent that the son embraced medical studies and finally pushing him to leave for Egypt when the occasion arose.
In 1574 Propsero Alpini enrolled in the Faculty of Philosophers and Doctors at the University of Padua where he completed his studies in 1578. Immediately after graduating, he began his professional activity practicing medicine in the village of Camposampiero. Most probably, Alpini considered this a temporary solution from the very beginning, as is almost certainly suggested by his economic difficulties. His restless and inquisitive spirit would hardly adapt to the common professional practice in a provincial town.

The trip to Egypt: the study of botanical species on the island of Crete, botany and Egyptian medicine

Under the influence of Guilandino, Prefetto e Ostensore dell'Orto Botanico (a title identifying the director of the botanical garden), his beloved mentor for matters concerning his discipline and life, and after the naturalistic explorations he had carried out in distant lands, Alpini travelled to Egypt from 1580 to 1584 following the Venetian ambassador Giorgio Emo. His observations are recorded in numerous works, some of which are posthumous, such as De medicina Aegyptiorum (1591), De plantis Aegypti (1592), De plantis exoticis (1629) and Rerum Aegyptiarum libri IV (1735). In De plantis Aegypti he described and outlined the coffee plant (Coffea arabica L.) for the first time ever, underlining the therapeutic uses of this drink obtained from toasted seeds.
What was initially a journey and a mere stay eventually turned out to have become a form of "dialogue" between western and eastern culture. In De medicina Aegyptiorum, the focus is on the comparison between the medicine of the Egyptians and the medical traditions of the University of Padua, but the work eventually becomes a dissertation on the history of the religions of the Mediterranean and "minor India". The Paris edition released in 1646 fully interprets this trend: Egypt and India are put together in a comparison that dates back to Herodotus and this comparison is then referenced by Leon Battista Alberti in his work De architectura that he wrote in the same years in which Colloquium Heptaplomeres, a work by Jean Bodin (Angers, 1529 - Laon 1596) on the religions of the Mediterranean area and their possible coexistence, was published. Historical reason is a source of religious and cultural harmony after all.

Alpini must be recognized as the first author to provide a botanical description of the Bon and the use of its toasted seeds, which the Egyptians used to prepare caova, a decoction they also drank for therapeutic purposes. It is Coffea Arabica and the decoction is what we now call coffee.

In the garden of the Turk Halybei I saw a tree [...] that produces seeds which are well known there under the name of bon or ban. With these seeds everyone - both the Egyptians and the Arabs - prepare a very popular decoction which they drink in place of wine. This decoction is sold in public taverns, as is the case with wine at home: they call it caova. These seeds come from Arabia Felix […]
taken from De Plantis Aegypti (1592)

On his return from Egypt and without even imagining how trendy coffee would later become in most of the world, Alpini contributed to spreading this drink in the Republic of Venice to such extent that shops were opened where the drink could be tasted and the toasted seeds purchased.

After a long holiday, in 1594 Alpini was given the task of teaching about the semplici (medical plants) and, in 1603, he also took over the role of Prefetto dell'Orto e della Ostensione dei Semplici (Director of botanical garden and in charge of teaching about medical plants), following the death of Giacomo Antonio Cortuso. Under his management the botanic garden of Padua became an important centre of study and research, especially as regards the dissemination and cultivation of many exotic species. Alpini had a correspondence with many Italian and foreign scholars, with whom he exchanged plants and seeds.
A scholar of Italian and exotic flora, particularly Egyptian and Cretan flora, his research was always aimed at the knowledge of the pharmacological properties of plants for possible therapeutic uses. A careful observer of natural phenomena, he was a precursor of the idea of sexual reproduction in plants with his observations (1592) on the fertilization of female date palms by the "dust" of male inflorescence. His name is still remembered by the genus Alpinia.
Alpini was also a practitioner of great value and in 1601 he published a work on the prognosis entitled De praesagienda vita et morte aegrotantium libri septem, which was bound to be a great success. His work De praesagienda is a clinical, semeiological work, based on ancient Hippocratic thought, enriched and verified by his own personal observations. On the other hand, the treatise De medicina methodica (1611) is an acute attempt to revive doctors' interest in the ancient doctrine of the Methods and therefore in solid thinking.

Leandro Dal Ponte (Bassano del Grappa, 1557 - Venice, 1622), son of the famous painter Jacopo Dal Ponte from Bassano, is the author of the valuable portrait of Prospero Alpini in his youth, depicted at the age of thirty-one, as specified on the back of the painting, when Alpini went to Bassano del Grappa to practice his medical profession there at the end of November 1584. The painting was donated by the artist to Alpini, probably as a sign of gratitude for the care he gave to the Dal Ponte family.

The portrait is today kept at the Staatsgallerie in Stuttgart.