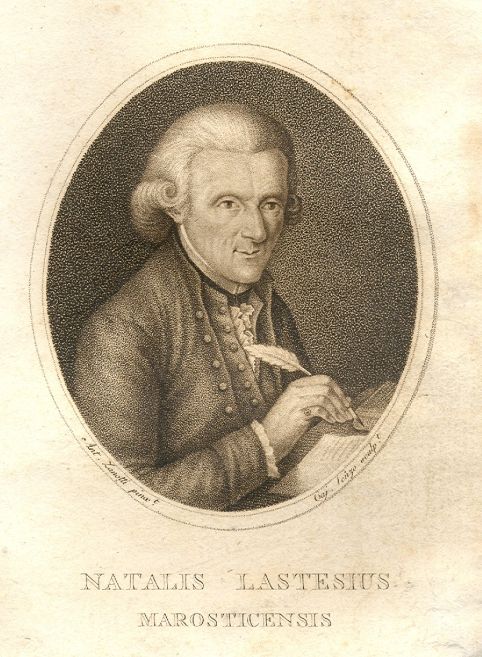 Natale Dalle Laste completed his higher studies at the Episcopal Seminary in Padua where he  taught "Humanity" for several years and soon distinguished himself not only for his talent as a great, attentive and sensitive educator, but also for his natural bent to compose verses in Latin. In 1738 he opened a school for young patricians in Venice which he directed until 1765. He was appointed Consultant in iure and then historiographer of the University of Padua.

He always felt a very strong link to his beloved Marostica. He allocated a considerable amount to pay a teacher to educate six clerics or six students in need from Marostica. He was also responsible for moving the hospital located in the Convent of St. Gotthard to Borgo Panica, in the adjacent area to the former Convent of St. Rocco where it is still located in our days and hosts the clinics of the local health unit ULSS 3.

Natale Dalla Laste died on 21 June 1792 in the villa located in Marsan which he defined his "Tuscolano" and is today known under the name Villa Dalle Laste-Favero-Raselli , where he loved to take shelter in the last years of his life.

In 1885, the people from Marostica decided to pay homage to his benevolence by affixing a plaque in his memory inside the Church of St. Maria Assunta (at the entrance, in the right aisle).