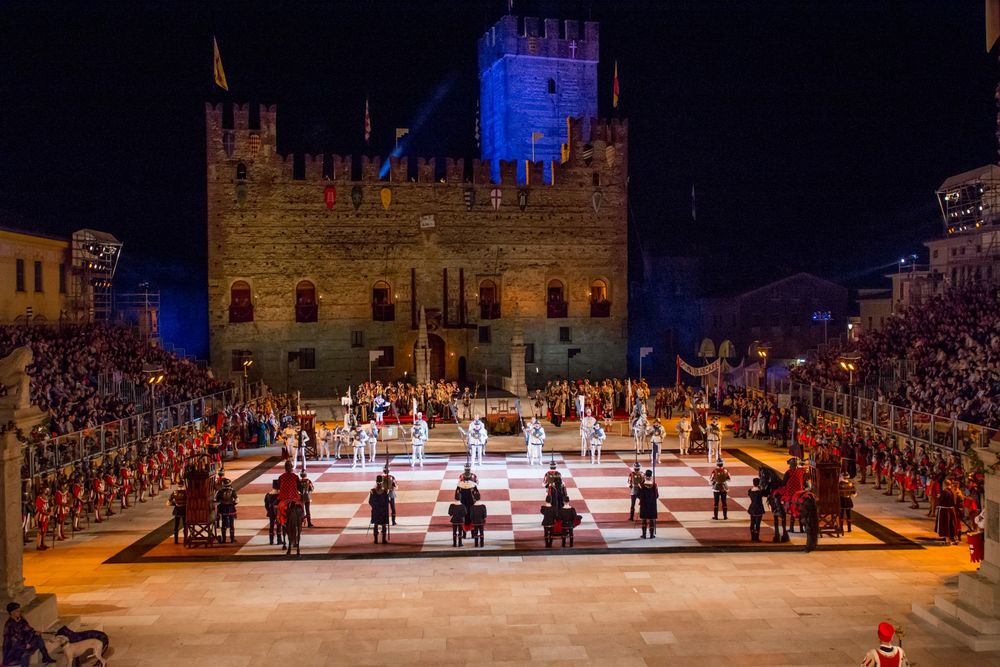 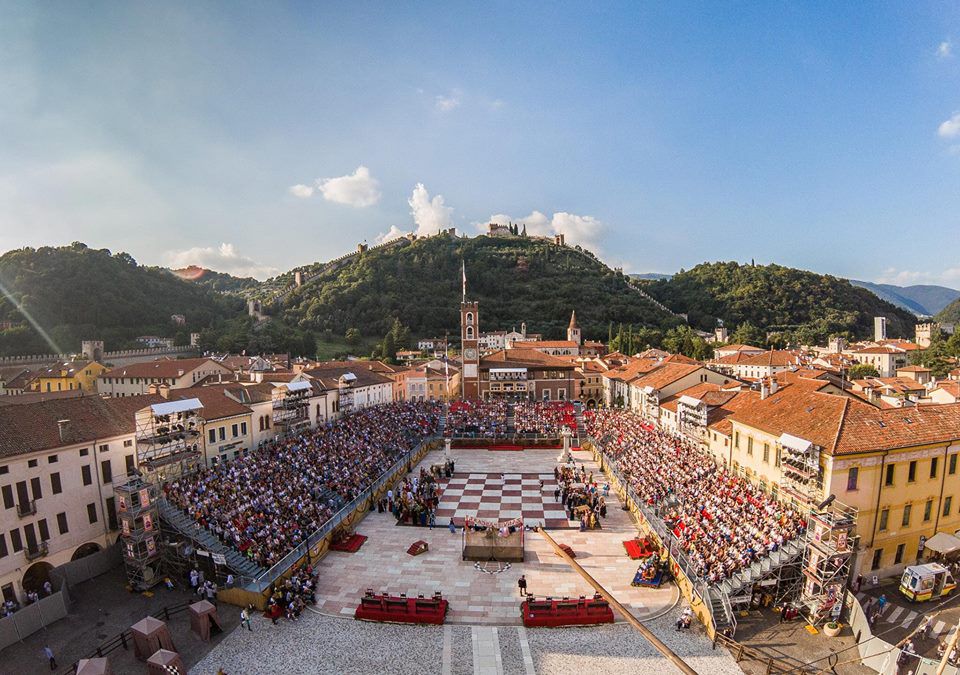 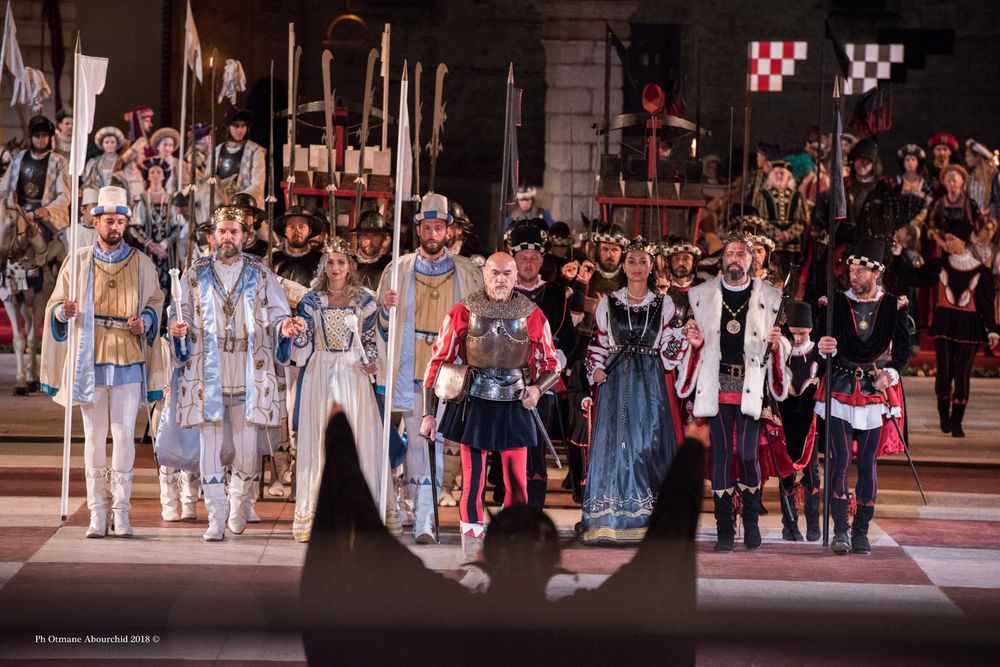 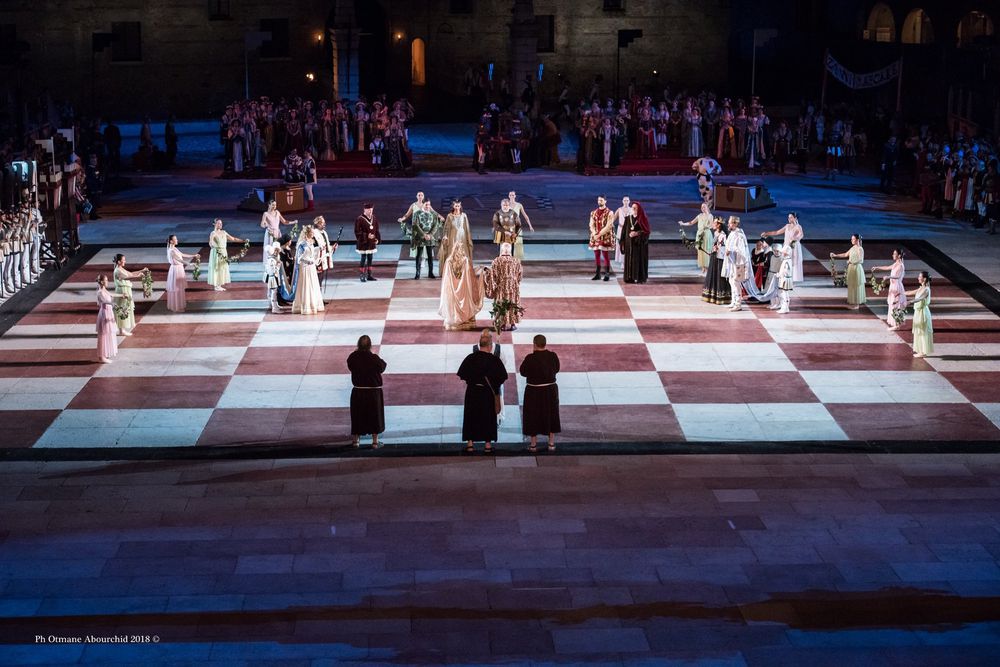 This is probably the most famous chess game in Italy, inspired by a story that is supposed to have been set in 1454.

The initiative to organize this chess game played in the central square and with living characters came from two university students, Mirko Vucetich and Francesco Pozza, who had the idea of and implemented this historical re-enactment in 1923.
About 600 figures dressed in medieval costumes, horses, armed knights, flag-wavers, jogglers and fire-breathers, ladies and gentlemen, provide the setting for this game of chess representing the challenge between Rinaldo d'Angarano and Vieri da Vallonara. Marostica was an ally of Venice at the time. Two knights, Rinaldo d'Angarano and Vieri da Vallonara, both fell in love with the beautiful Lionora, daughter to the governor of Marostica, and they challenged one another in a duel for her love. The governor, who did not want to antagonize either of them, decided that he would give his daughter in marriage to the winner of "the noble game of chess", which had to be held with living pieces in the parade ground. The loser would in any case tie to the governor's family by marrying Oldrada, Lionora's governor sister.

In memory of this event, the Living Chess Game is played in the splendid Piazza Castello, the castle square, every two years in September in Marostica. As no witness was left to reproduce the original moves of the two contenders, the decision was made to take two classical chess games as reference, the Immortal game and the Evergreen game.

The show opens on Friday 9th September at 9 p.m. and it is repeated on Saturday 10th at 9 p.m., Sunday 11th at 5 p.m. and 9 p.m.
Each performance is attended by about 3600 spectators, seated in numbered seats in comfortable grandstands.