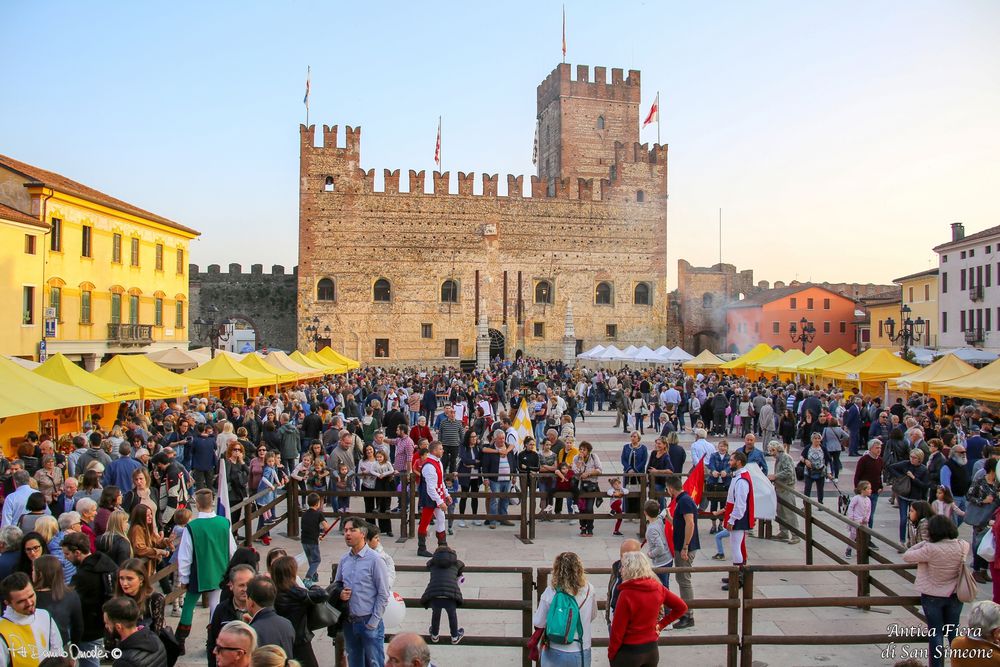 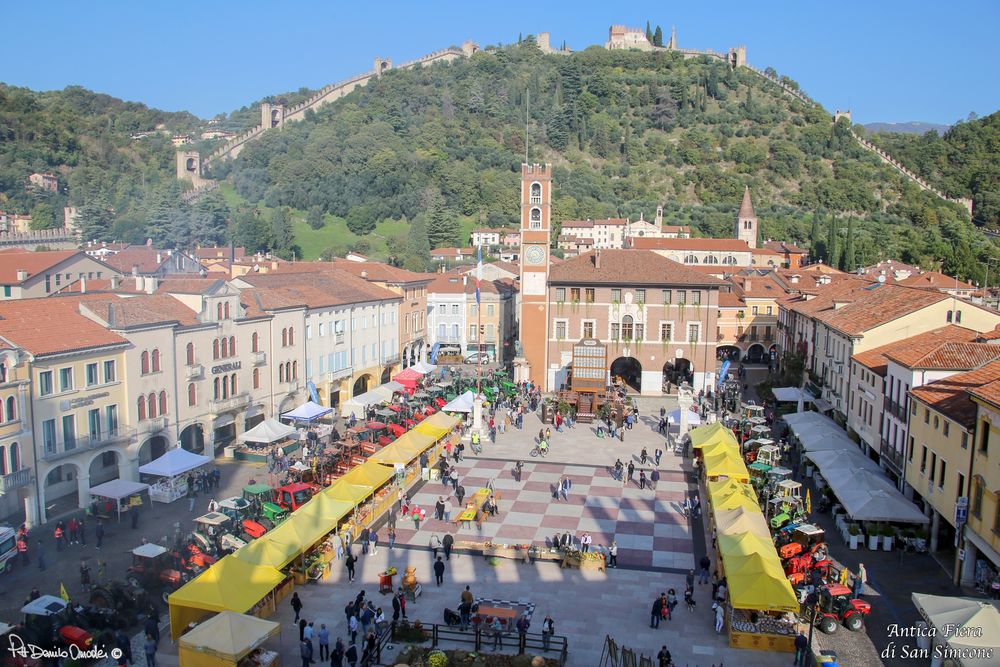 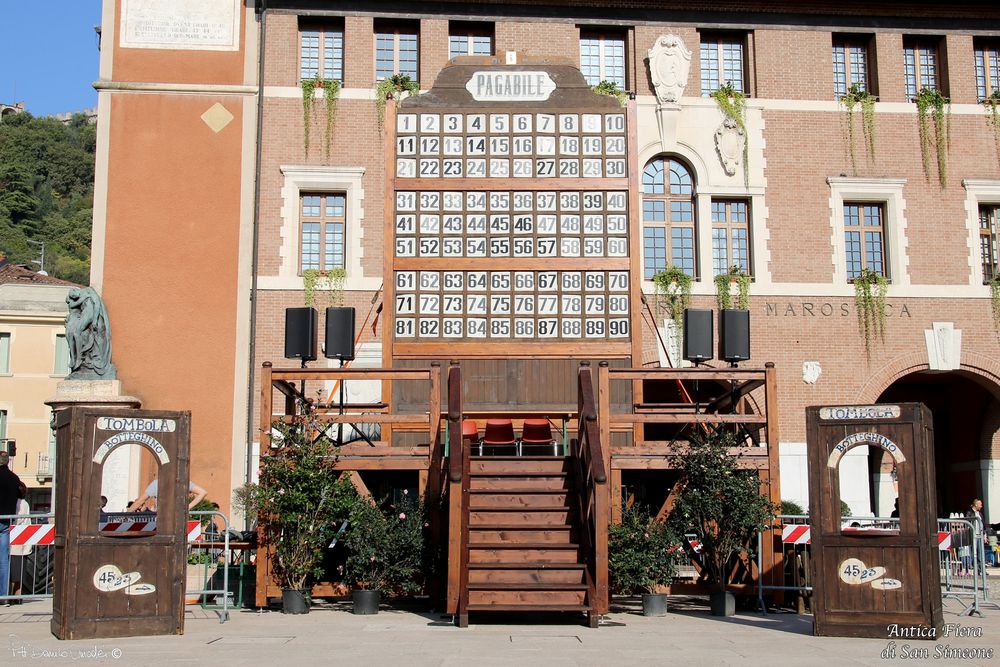 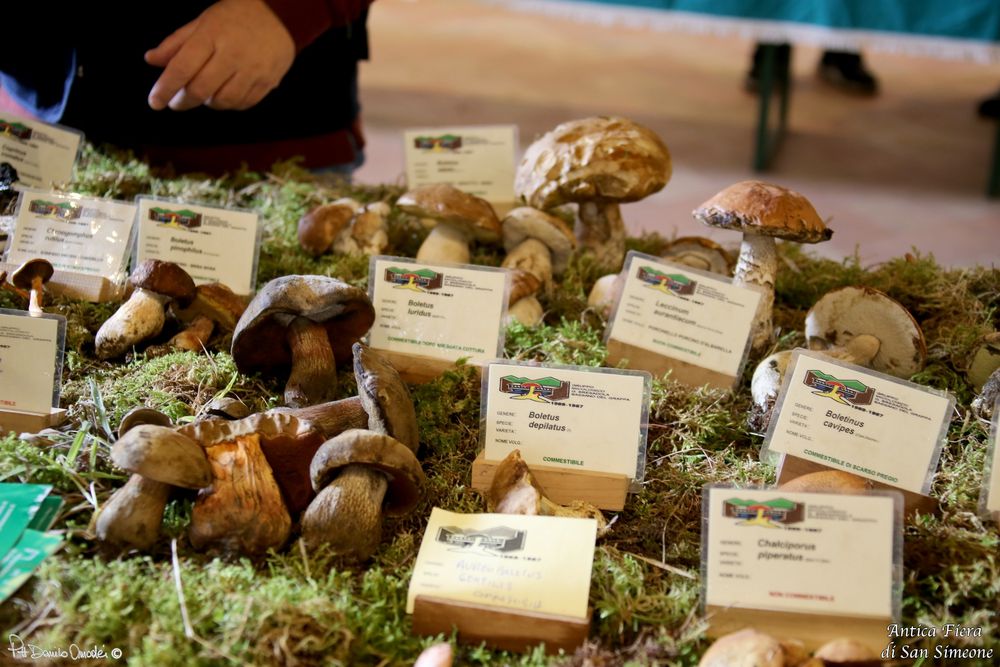 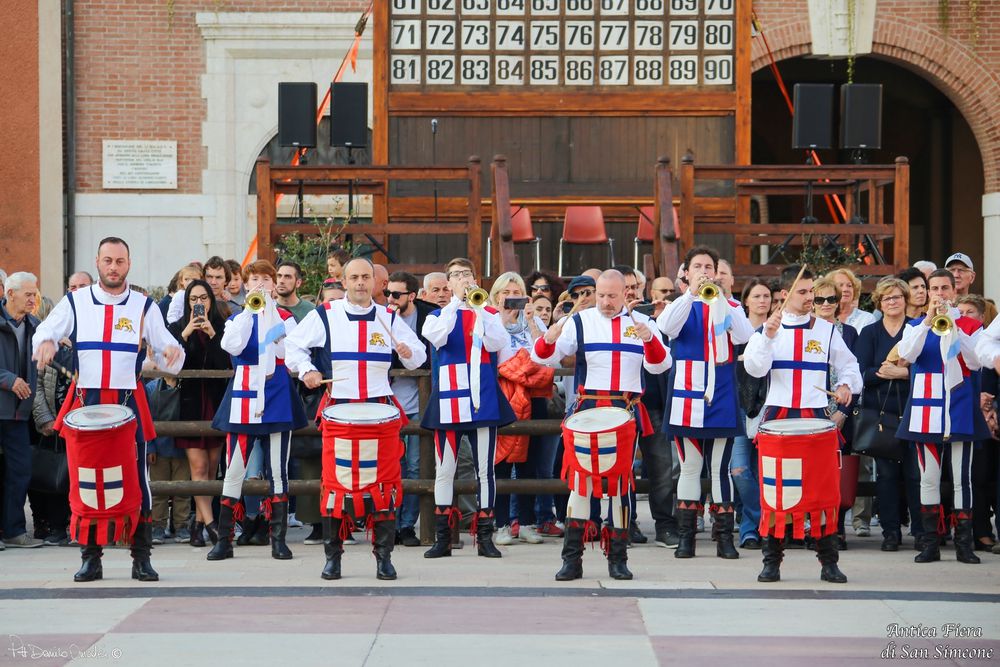 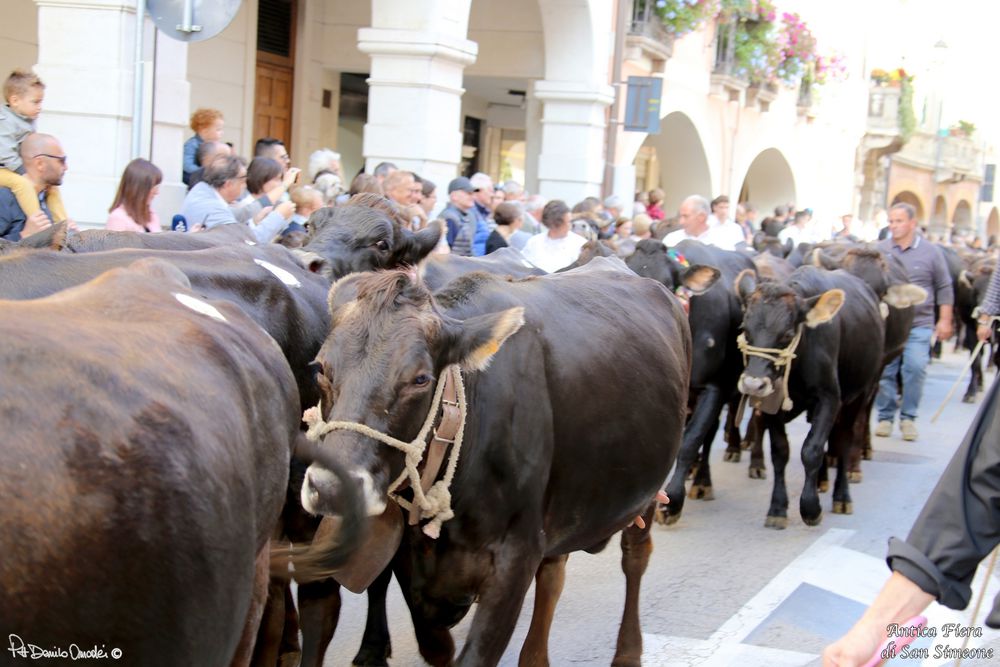 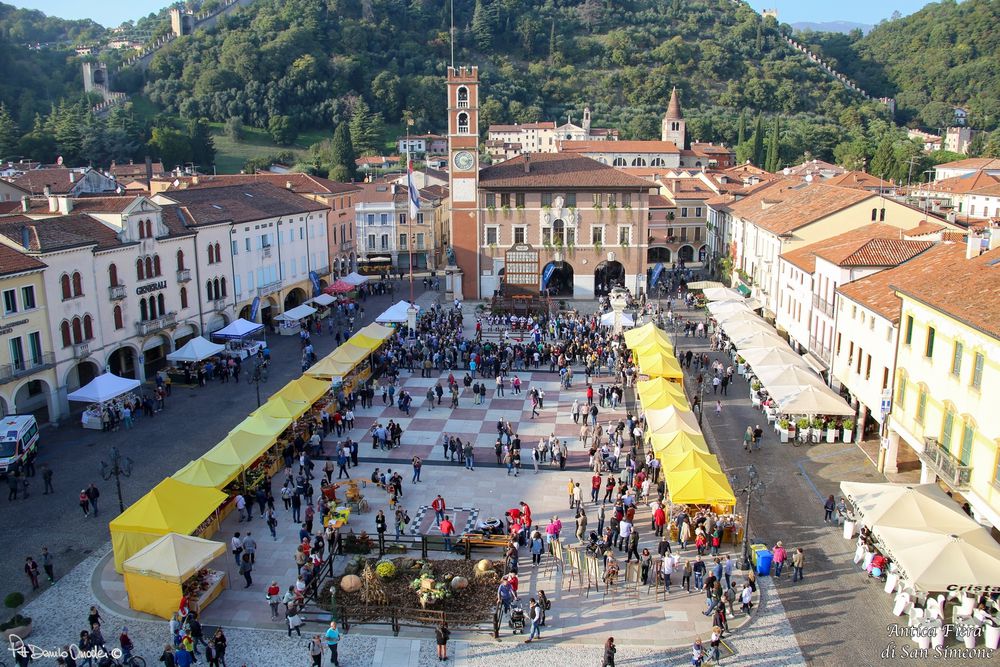 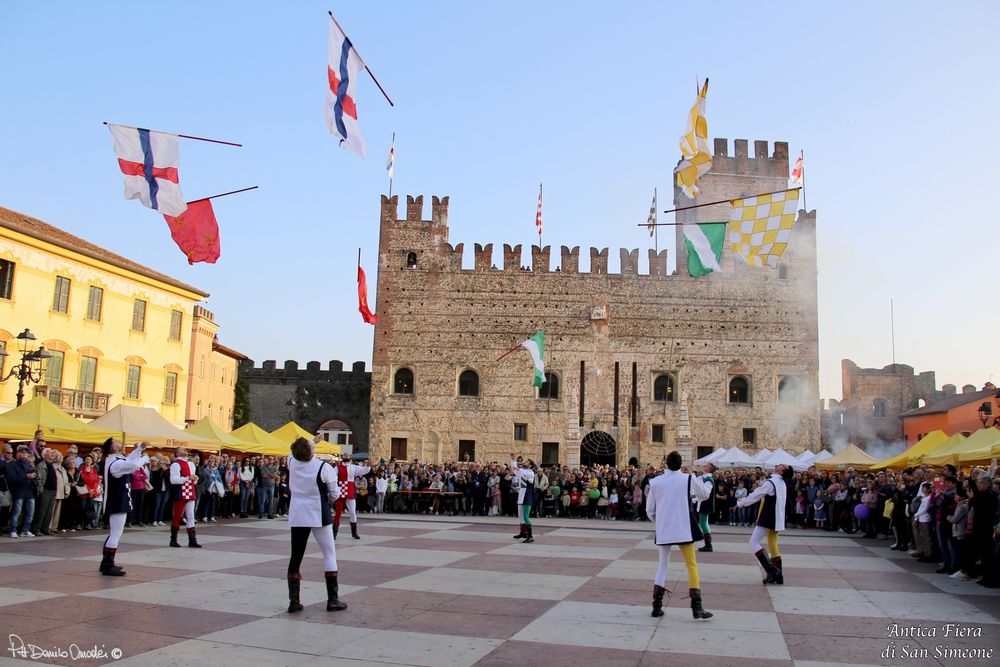 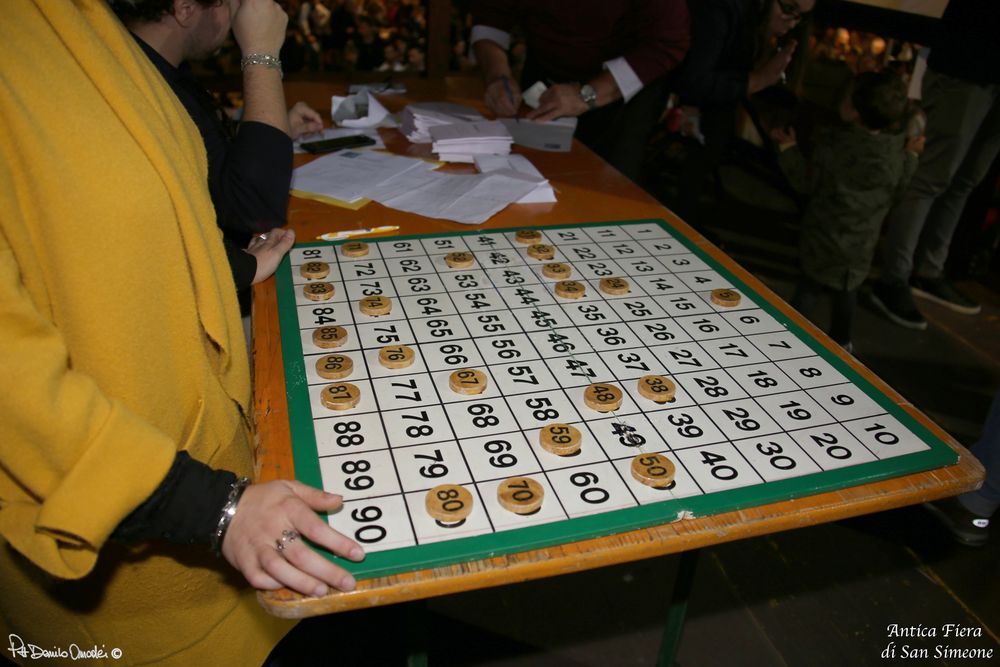 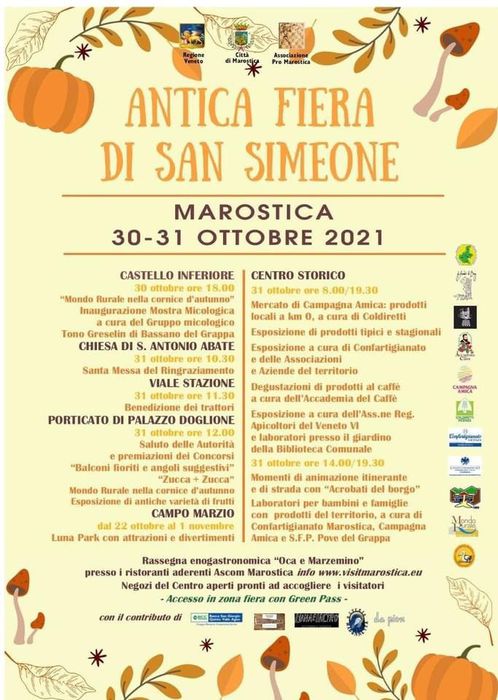 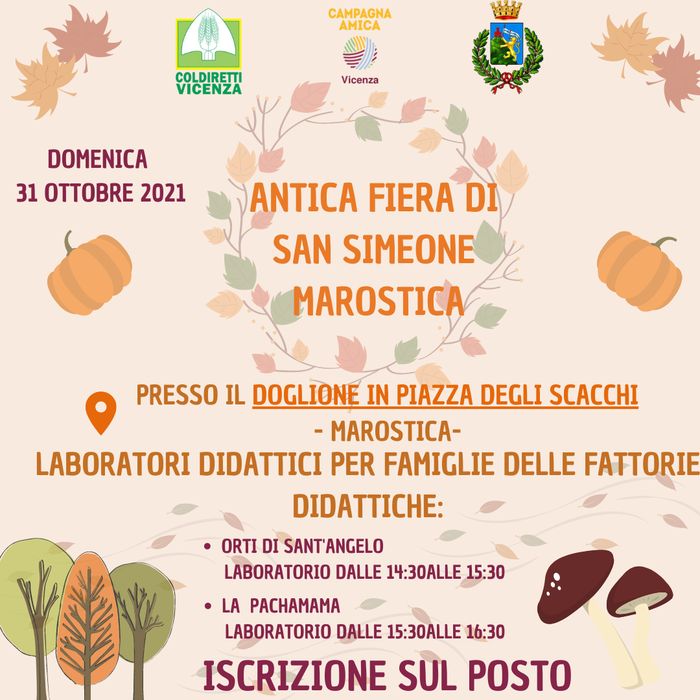 The ancient festival known as Fiera di San Simeone takes place every last Sunday of October. The festival is dedicated to patron Saint of Marostica and it is also sort of a thanksgiving celebration at the end of the agricultural season. Markets of typical products, music and folk dances celebrate the rite of the blessing of autumn fruits, tractors and transhumance. The Fiera di San Simeone festival is still strongly linked with the ancient tradition of transhumance that in our days too takes place along the Arzeron della Regina, the flock road, which crosses Marostica going through Piazza Ortigara square and continues along the Sejo path until the hamlet of Crosara, then heading for the pastures of the Asiago Plateau. The rite of transhumance is recalled every year, during the festival, with a parade of Rendena cows along Corso G. Mazzini, attracting the curiosity and enthusiasm of adults and children alike.

The most important event of the festival is the Tombola in Piazza, i.e. a bingo game in the main square, a real collective game where the numbers are "drawn" from a traditional stage onto which the motherboard is hoisted and in which inhabitants and attending tourists take part in a collective ritual that is both for them to experience as viewers or as active participants.

Last but not least, the typical Venetian dish that cannot be missed: the goose skewer, which is freshly prepared and served in the square, accompanied by Marzemino wine. This food specialty has its roots in our gastronomic tradition and it is now experiencing a new life in the Vicenza area, thanks to the efforts of the restaurant owners in Marostica that belong to Confcommercio (i.e. the Italian Confederation of Commerce, Tourism and Services),. Since 2012 they have been offering a food and wine event called Oca e Marzemin (lit. Goose and Marzemino wine), which has now become a regular appointment for people who love and want to learn about typical dishes and new culinary reinterpretations.

The next edition will take place on Sunday, 25th October 2020.